by Martin Van Der Werf on October 4, 2012 in Future of Higher Education, Higher Ed Models, Students with No comments Tweet 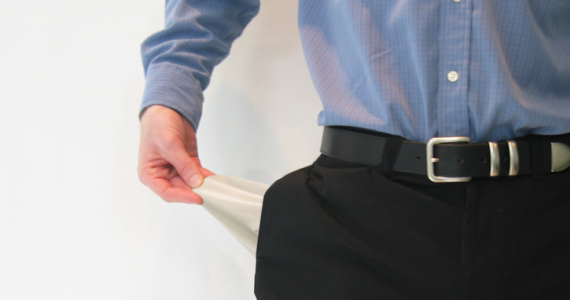 The number of issues bedevilling colleges right now is staggering. But if we were to trace the issue where higher education lost the support of the public, it would be tuition. Think about all the conversations you have about college — don’t most of them begin with price? Who can afford college? Why has it gotten so expensive? How will I ever save enough to send my kids to college? “It’s outrageous these institutions have the audacity to charge so much for tuition and give so little to the city.”

It seems that if colleges wanted to win back some public support, they might want to start with tuition. Many colleges would argue that it isn’t possible and articles have shown that at some colleges, the tuition price doesn’t even cover the cost of the education. But I don’t think colleges can win this argument. To see why, look at these charts — they show the sticker price and the net tuition collected by public universities, and private colleges and universities, respectively: 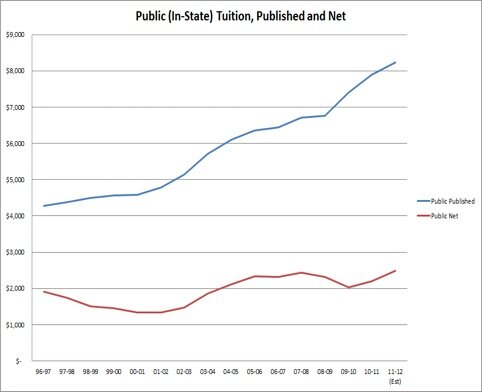 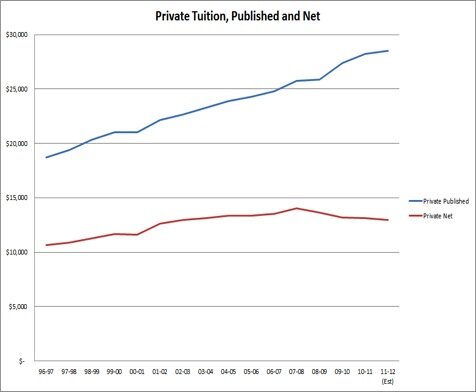 Why are these charts so important? Because they show that while colleges have been jacking up prices at rates far exceeding inflation, the net proceeds have barely inched up.

In short, tuition is a shell game. Stephen Trachtenberg, who recently stepped down at as president at George Washington University, said he deliberately made it the most expensive university in the nation because “People equate price with the value of their education.” Every year that colleges have hiked tuitions, they have also increased the average discount they give to each student. The most recent survey showed the average discount for freshmen was 42.8 percent, the highest ever. And the average discount for all undergraduates is 37.2 percent, another record. At the current rate of increase the average discount will reach 50 percent soon, and college truly will be half-price.

Almost no one pays full price for college. So why do colleges keep attaching a sticker price that is alienating to so much of the public and politicians, and killing the dreams of young people?

A number of colleges, like Concordia-St. Paul have recently dropped their sticker price to more closely reflect the reality of what they are collecting in net tuition. But most of the colleges that have done so are small regional liberal-arts colleges that don’t have the influence to change the direction of the market leaders.

Meanwhile, Grinnell College, the fifth wealthiest national liberal arts college, recently surprised many by announcing that its current financial trajectory is unsustainable. Grinnell’s tuition-discount rate is a staggering 60 percent, and its own analysis predicts that the discount will increase to 70 percent within a decade.

Step back and think about that for a moment. Grinnell’s tuition for U.S. students this year is $41,004. But at a discount of 60 percent, it is actually only collecting about $16,401 per student. What other business could possibly ask for so much and collect so little, and stay in business?

Grinnell happens to have a $1.4 billion endowment, much larger than almost any college of its size. So it can afford this approach much more readily than other colleges and universities. But even a nest egg that large can’t last forever.

Here’s what we are left with: most colleges are in a perpetual half-price sale, but they say they can’t do anything about it because if they were to cut their price, they would no longer be competitive. Not only is the high-tuition, high discount approach a broken business model, it is a cruel and unnecessary business model.

We can’t just decree that all colleges cut their tuition rates by one-third. We need to let colleges continue to compete. But essentially colleges are already treating their tuition as a myth. The business models of colleges are not built on sticker price — they are built on net tuition. As the graphics above show, most colleges could cut tuition by at least a third, and not damage their bottom lines one iota.

Wouldn’t that be a starting place for colleges to begin to build some good will with the public? Wouldn’t it begin to make college seem more attainable again? And isn’t that a better competitive place to be in for most colleges than straining to explain to angry customers why the laws of economics simply don’t exist when it comes to college tuition? 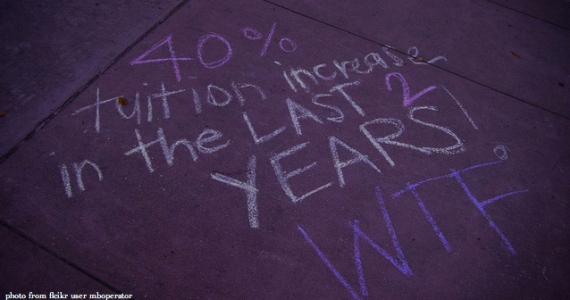 The cost of health care continues to grow at a pace that threatens the financial health of the United States. The real-estate bubble pushed housing prices up at rates that proved unsustainable.

Yet, as Cristian Deritis points out in a fascinating report for Moody’s Analytics, those well-known price spirals were nothing compared to the cost of college tuition. The price of tuition and fees has more than doubled since 2000. Technological and pedagogical innovations are likely to greatly impact higher education in the next decade, but what makes higher education ripe for disruptive forces is it’s simply become too expensive, and, outside of isolated success, there seems to be no widespread effort to contain those costs. A number of reports link this tuition increase primarily to administrative growth. Whatever, the reason, it is undermining the business model of traditional colleges and universities.

Colleges have maintained their privileged position in American society because of the status and monetary benefits the receipt of its product (a degree) can bring. That long-term advantage remains in place. A new report from Georgetown University, “The College Payoff,” finds that individuals receiving a bachelor’s degree earn 84 percent more over a lifetime than those with just a high school diploma. That college-degree tuition premium was 75 percent in 1999.

But that advantage is being lost in the sea of student debt. The outstanding balance in student loans from tuition has nearly doubled in just the last four years, to $750 billion. (see Chart 1 in Deritis report, mentioned above) Students are finding out the hard way that they cannot make enough in some careers to pay off those loans. (Teaching, anyone?) And colleges are rarely responding in creative ways to help their customers.

Look for students, then, to look for alternatives. Straighter Line, for instance, is on an incredible online advertising spending binge, advertising that it is offers college-level courses at 90 percent less than, well, colleges. Students are looking for more answers like that, other inexpensive distance-education courses, and alternatives like Western Governors University, which grants credit for life experience.