The Industrialization of Education: Guest Post by Bill Sams 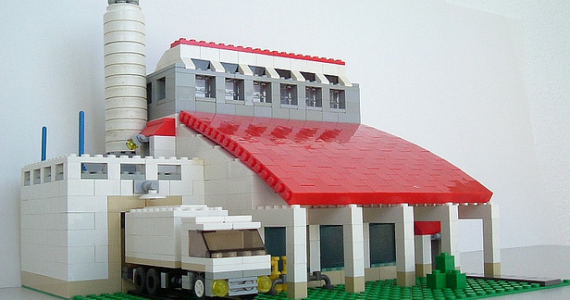 (This post is by Bill Sams, a Commissioner on the eTech Ohio Commission and an Executive in Residence at Ohio University. Bill has written and spoken on the transformation of education for several years and recently has produced two videos on the subject: EPIC 2020 and 2012, The Tipping Point.)

Certainly in the United States a case can be made that the traditional education system at both the public school and higher education levels is a failure. With the United States ranked outside the Top 20 among developed nations on international math and science tests, inner city and rural schools consistently ranking below their suburban counterparts, and student debt passing $1 trillion, the system is failing on many fronts. For years educators have maintained with pride that they are not an industry. Today, rather than a statement of pride, that concept is now a statement of the problem.

The productivity of education has barely changed in a hundred years while American industry has seen major leaps in productivity. Information technology has been the poster child of productivity operating under Moore’s law where product capability is doubled every two years. Education, which at its core is an information provider, has been unique in its lack of adoption of technology that improves productivity. In far too many universities the concept of productivity is to put more students into a classroom. This is very much akin to a person in a foreign country who does not speak the local language speaking slower and louder in an effort to gain understanding.

Productivity is not achieved by doing more of the same thing with fewer resources. That is called lowering the quality while raising the price. Productivity is a process of doing things differently that provides better results, faster and cheaper. The Khan Academy — with a faculty of one — is teaching 4 million students a month incredibly well for free. That is productivity.

Beginning in early 2012 consumers and customers of learning are being offered industry-based alternatives to the failing traditional system. Major universities such as Stanford (Udacity, Coursera), MIT and Harvard (edX) are establishing well-funded educational organizations apart from faculty control that are customer-centric with new industry-based revenue models that make the concept of tuition obsolete. The new revenue models could include fees from employment agencies, advertising, corporate sponsorships and volume discounts. These universities are inventing ways to deliver to the learning consumer courses that are provided by world-class faculty, anytime, anyplace, with no prerequisites and for free.

Additionally, these new online Internet-based education start-ups are applying well-understood industry practices of total-quality-management to improve their courses. By providing learning services to hundreds of thousands of consumers simultaneously and analyzing what works and what does not, their annual improvement in efficiency and effectiveness can be expected to be more in line with Moore’s law. The traditional university system, which takes three years to a decade to change, cannot possibly respond to this level of innovation.

Employers have long complained that university graduates are not prepared for the workforce. A liberal arts degree from 1912 is not very different from a liberal arts degree in 2012 with the exception of the abandonment of Latin. Yet the workplace has dramatically changed with not only the content knowledge that is needed but also the soft skills that are emphasized, such as collaboration and high performance teamwork.

The open source badges project being developed by Mozilla offers a meaningful alternative to the outdated concept of degrees. Badges have the potential to define a wide range of skills. As job demands change, badge requirements can quickly adjust, thus providing current and potential employees with clear market signals of what they need to learn to stay current and competitive. This contrasts dramatically with the rarified process of a university curriculum committee and its member’s conflicts of self-interest to expand their own specialties.

The traditional education system is a seriously flawed model that is incapable of being fixed due to all the vested interests that currently benefit from and control the system. It is time for a new customer-centric industry-based model to bring the efficiencies and effectiveness of an industrial approach to education. 2012 will be viewed as the tipping point in the transformation of education from a limited and expensive local craft to a universally-available global commodity.