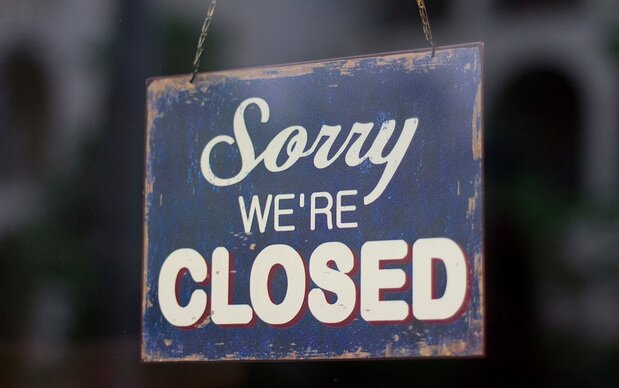 The declining financial health of higher education has gotten me thinking about some of the hardest stories I wrote in my six years as a reporter and editor at The Chronicle of Higher Education: articles about colleges that went over the financial brink and closed.

Visiting college campuses that were set to close was like visiting a terminally-ill patient who has not yet died. Everyone is moving stone-faced ahead with what needs to get done — assuring that students can transfer or graduate, that final paychecks will go out, that books and furniture will be donated or sold. All the while, the thought processes of anyone left at the college is like those of the relatives of that terminally ill patient: they keep hoping for a miracle that will reverse the fate, or at least a pinprick that wakes them from a terrible dream.

I revisit this topic now in hopes that colleges in decline can learn from those before that couldn’t reverse their downward spirals. I hope that those endangered colleges can recognize their dysfunction and make changes before it is too late.

Small colleges have much to offer, even if their total enrollment is a collective 5 percent of so of all the students attending higher education in this country. “Their very lack of pretense is what makes them attractive to some students, especially those who might be intimidated by the thought of attending a larger institution,” I wrote in my story documenting the last 14 months of Mount Senario College. “With each shutdown, the diversity of American higher education is lessened. And the future, at least in some small communities, gets a little dimmer.’

Take the examples of Mount Senario and Bradford.

Bradford College was a classic New England liberal-arts college, founded in a small town shortly after the American Revolution and content to skate by with small classes and limited ambitions until a disastrous plan to grow the college by building additional dorms in the late 1990s. (A reprint of the Chronicle story can be found here.)

Bradford had a history of shifting targets and one prominent president: education scholar Arthur Levine, who went on to become president of Teachers College at Columbia University. Levine looked back fondly at Bradford, which he led from 1982-89, but his recounting of the demands will be familiar to any small-college president:

“It was never easy. At small colleges like Bradford, having ten fewer students than expected in the fall or spring is a serious financial problem. Having thirty fewer is a disaster. Throughout the year there would be monthly reports on applications, this year versus last or the last two years. After April, there would be weekly yield reports, number of students admitted who paid deposits. After June, there would be twice-a-week meetings. Beginning in July, they were daily. Senior administrators sat with admissions and students affairs staff going over new students and current students name by name and developing strategies for each to convert them to matriculants. Have Professor X make a phone call. Have the dean of students write a note.”

Mount Senario was more of a longshot than Bradford. Mount Senario was only about 40 years old, and located in hard-bitten Ladysmith, Wis., a town of less than 4,000 people in the northern woods.

It had many challenges: a small enrollment (many years less than 500), a rural location, a rotating cast of unimpressive presidents, and a lackluster Board of Trustees who had a hard time owning up to the challenges of the colleges, much less trying to solve them. (The story is here, but a forewarning: it is behind the Chronicle paywall.) It had gotten by becoming one of the first colleges in Wisconsin to offer distance education at numerous locations around the state. But as that business faltered in the face of competition, it had little to fall back on, with out-of-date facilities, a faculty that was unequipped to properly teach all the classes they were assigned to, and a constant turnover of students.

These colleges, in their final days, had much in common: fatigue after years of hand-to-mouth existence, mutual distrust between faculty members and administrators, and an intense preoccupation on short-term issues that precluded any possibility of long-term planning.

Ann E. Martin, a professor of chemistry and biology at Mount Senario when it closed, went on to write a doctoral thesis on the reason colleges close, and concluded: “The end of a college is rarely the result of a sudden catastrophic event. Often there has been a long history of challenges and struggles, culminating in either a crisis or dead end from which no escape is possible.”

Her thesis refers to stages of decline of an organization, first identified by William Weitzel and Ellen Jonsson:

1. Blindness — a failure to recognize the problems at hand

2. Inaction — when employees recognize that something is wrong, but don’t do anything about it

This progression can be traced at any college that is failing. At most colleges in serious financial trouble, the constant cutbacks result in the deterioration of the core course offerings. Once that happens, there is nothing left. As William Bowen once said, “After you do not wash the windows once, what do you do for an encore? How do you not wash them again?”

The closure of a college is a loss not only to the immediate students, faculty and staff, it is a loss to the community, the alumni, the collective memory of everyone ever touched by the institution. Not every college can be saved, and not all will be. Some students perhaps will be served better by educators with deeper pockets. Even Mount Senario’s campus has college classes again.

What I observed at these colleges was a failure of spirit — an unwillingness by multiple people on these campuses to come together for the common good. Everyone kept their head low and their blinders firmly in place, thinking that saving the college was someone else’s job. As a professor at Bradford said in its final days: “Our inability to talk honestly is what killed this institution. What is at the core of the liberal-arts tradition is an open discourse with everyone involved. A lot of people here knew a lot of things. We were complicit with our silence.”

As financial pressure mounts on colleges, their continued health will require the collective good will, good ideas and common purpose of everyone. Saving a college is everyone’s job.