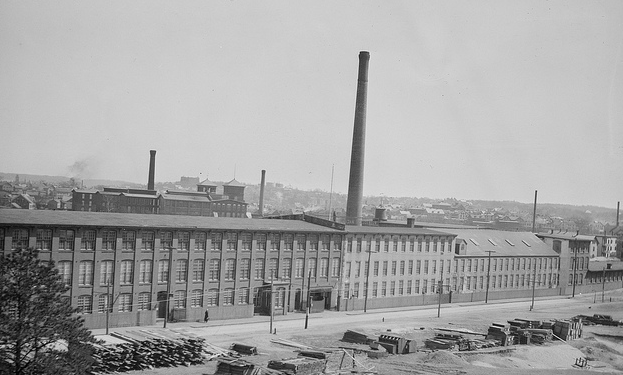 We spend a lot of time imagining what the college of the future will look like and how it will respond to the needs of students. Two recent pieces helped fill in some aspects of the higher education picture I had not yet contemplated. Both are well worth your time. And a third article is vital reading for those in the middle of this meltdown: the faculty.

“The future looks like this: Access to college-level education will be free for everyone; the residential college campus will become largely obsolete; tens of thousands of professors will lose their jobs; the bachelor’s degree will become increasingly irrelevant; and ten years from now Harvard will enroll ten million students.”

That’s in the first paragraph of Nathan Harden’s article in The American Interest, “The End of the University as We Know It.” If you read that far, you’ve got to read the rest.

Universities are teetering on financial collapse, Harden argues. They are continuing to build for an old-school model — big buildings that will go begging for students. (He is not the only one pointing out this fallacy.) My favorite factoid in the article:

Last year Yale finalized plans to build new residential dormitories at a combined cost of $600 million. The expansion will increase the size of Yale’s undergraduate population by about 1,000. The project is so expensive that Yale could actually buy a three-bedroom home in New Haven for every new student it is bringing in and still save $100 million.

“In the future,” Harden writes, “the primary platform for higher education may be a third-party website, not the university itself. What is emerging is a global marketplace where courses from numerous universities are available on a single website. Students can pick and choose the best offerings from each school; the university simply uploads the content.”

The vision is apocalyptic for colleges, but incredibly optimistic for students. They are on the verge of access to the world’s knowledge and its best teachers — for free or at very low prices.  The Internet has a way of destroying any business that depends on selling information to make a profit, Hardin argues. He has a point — just ask anyone in the newspaper industry, or anyone who used to print maps or encyclopedias.

If all of higher education were to melt down this fast, wouldn’t most of it just disappear? The red ink would be like a lava flow, wiping out all in its path.

I would caution, “Not so fast.” People who run colleges are pretty smart. I think Harden writes very convincingly about why colleges will close — he seems not to have imagined why many will remain open.

For that, turn to the (how’s this for a grabber of a headline?) “Online Education White Paper” from University Ventures, an investment fund. Don’t let the plain vanilla look dissuade you from reading — there’s some visionary observations here.

The paper amplifies a theme in Harden’s article: the advantages of “machine-guided learning” and the unique willingness of the next generation of college students to engage with machines rather than people. The insertion of machines into the learning process, and the resulting data that will be produced, will allow higher education to deliver education as a competency-based product, rather than in classes of cohorts. Educations will be custom designed for students, and their progress will be charted and verified in ways that are not possible with human instructors in large (or small) classrooms.

The report envisions a much tighter connection between universities and employers. Businesses and universities will create a “taxonomy of capabilities” that will describe a person’s skills in far more detail than a transcript or resume can ever do. As this new approach to the job market takes hold, it will only further reinforce the shift to online learning. And that will be the future profit center for universities.

It is a decidedly unromantic view of college, devoid of socialization and learning much about oneself while preparing for a career. Is this the inevitable path that colleges will travel?

That brings me to one final recommendation. If all of the above doesn’t frighten the average faculty member out of complacency, perhaps this blog post will. A research professor writes of how she ends most of her talks with a slide that reads: “IF WE PROFS CAN BE REPLACED BY A COMPUTER SCREEN, WE SHOULD BE.”

Everything in the two aforementioned articles says that is going to happen, in one way or another. Faculty members: It is time to wake up and embrace a new vision for higher education, rather than fighting a rear-guard action to protect the shrinking turf many professors seem content to occupy: the “we can’t be measured” and “why change a model that has worked so well for 400 years?” ground.

I wrote above that colleges are run by smart people, who will find new business models. But the smartest, most creative people on campuses are their faculty member. Rather than shrinking into their offices and labs, they need to be applying their resourcefulness to imagining a new enduring model of higher education.

If the world cannot preserve some the quirkiness and self-actualization inherent in a college education, that will be a profound loss indeed.