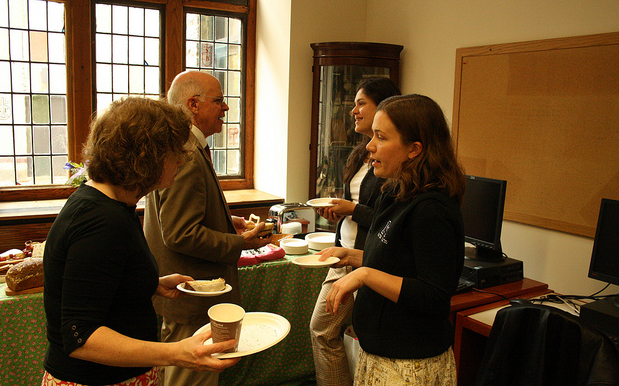 A few weeks ago, at the annual meeting of the National Association of College and University Business Officers, there were numerous presentations by universities about cutting costs, paring back administrative bloat, and how to plan communications strategies for assuring that everyone understands why cost-cutting is needed.

“Is the faculty involved?” was a recurring question.

In most cases, administrators dissembled, and said they were working their way up to bringing in the faculty.

It is no surprise that administrators don’t want to tackle the “faculty issue.” What is their leverage when tenured faculty has more job security than they do? And, when the faculty has an equal role in the shared governance structure that rules most institutions? But it has to happen.

About 62 percent of all spending at public research universities goes to instructional costs, a category that includes faculty salary and benefits and administration of academic departments. Large universities are realizing significant cost savings by such actions as centralizing vendor contracts, using space more efficiently, and eliminating layers of bureaucracy. But even at the largest and most ambitious of universities, the savings might total $50 million. That would be equal to a 2.5 percent cut for a university with a $2 billion budget. In addition, many of the savings can only be realized one time, or the savings in subsequent years are much smaller than in the first year.

It is understandable that academic leaders don’t even want to entertain the discussion about cost savings at their universities. Most faculty members simply want to be left alone so they can pursue their teaching and research. Just by entering into the talks, faculty members are concerned that they will be perceived as giving ground.

But the security and job satisfaction that the professoriate has long enjoyed is lessening. More than half of public college and university classes are now taught by adjuncts. Professors who have retreated to research are finding research budgets cut, and competition for grants steeper than ever. More academics (like this one) are explaining that given the outlook for higher ed, they would rather take their chances in the private sector.

But the stakes couldn’t be higher for everyone involved. Faculty members must understand that if more colleges close their doors, there will be fewer academic jobs to go around. Yes, administrative bloat has been unchecked at many institutions, but that argument between who has been more wasteful — administrators or faculty — has no winner.

Most universities have not created models for paring faculty ranks (other than the occasional early-retirement package). But the conversation must be built on mutual trust and a shared goal: the more money a university saves in overhead, the more it can devote to teaching and research. Creative minds can find creative solutions.

Universities committed to change must involve faculty members at the outset of any discussions. Begin with finding potential allies in the faculty to start the conversation, and spread it from there. This won’t be an easy discussion, but it will get harder the longer it is delayed.