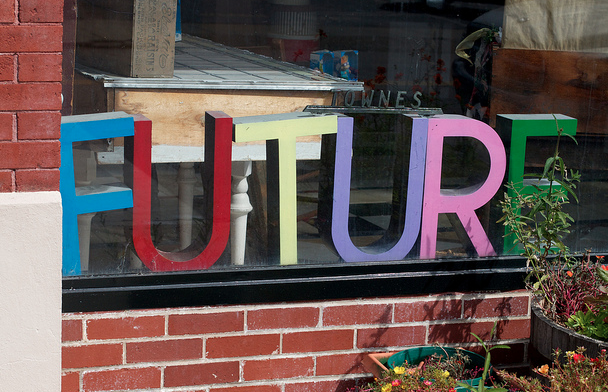 Higher education needs to come up with some new ways to talk about change and success. OK, call me grouchy, but I’ve been ruminating about two recent higher-education conferences I attended. Both had good speakers and good information, but both also showed why higher education is stuck in a deepening rut.

Let me start with the most recent one, a conference on The Future of Higher Education, held at The New School earlier this month. The event featured an impressive list of speakers, including some of the key thinkers about reforming higher education: James Duderstadt, Henry Bienen, and Robert Zimmer, among others. So why did it have such a stifling format? More than 8 hours of speeches in a large lecture hall, kind of like the ones undergraduates sit in for your average 100-level course. Isn’t that the very definition of the failed educational approach?

Much was made of the fact that only one woman was on the speaker’s roster (mind-boggling, given the increasing gap between the number of female and male undergraduates). I can accept the public apologies of the organizers, who recognized the gender gap and explained that all of the other women invited to be there could not attend. But what of the format? If you are going to throw a conference to talk about new ways of approaching and engaging an increasingly skeptical audience, wouldn’t it pay to show how it could be done? Even Vijay Kumar, the director of the office of Educational Innovation and Technology at the Massachusetts Institute of Technology, could do no better than a static Power Point demonstration. This, from the leaders of the Open Course Ware revolution!

To know what is around then corner, higher education audiences need to experience what the change will mean. The eureka moment is not going to come amongst droning male voices from a distant stage, but it may come in an immersive virtual-reality demonstration. Please people: Show, don’t tell.

I also went to a conference on higher education marketing in Chicago last month, held by the American Marketing Association. I was struck by how much people talked about new challenges in measuring quality. Yet, almost every speaker from a somewhat-obscure college started by talking about their institution’s U.S. News rankings.

Others complained about the financial difficulties they are facing, caused in part by the record-high percentage of financial aid they have to give away in order to get students to enroll. But then many speakers from individual colleges talked of their record numbers of applicants, caused no doubt by churning for students beyond the college’s typical profile, and then having to pay them big dollars to enroll. High enrollment numbers area fleeting measure of success.

At another session, attendees nodded their heads in agreement as a speaker told them that the real growth in students in the near future will be older adults. Yet, almost every marketing campaign discussed at the conference was geared toward 18-24 year-olds.

It seems like we need to find some new models of success. How about:

— An arrangement in which College A works out dual enrollment with College B, whereby the strongest majors in College A accept students from College B, while College A sends its students to College B for its strongest majors. It recognizes that every college cannot be strong in every subject, but builds alliances between like-minded institutions that benefit from collective strength.

There are many more models for success. But that’s not the point of this post. My point is not to criticize event organizers — their jobs are hard, and they can’t control everything that speakers say. My point is that for colleges to move forward, they cannot depend on old styles or old measures of success. If the model of higher education is going to change significantly, the way of talking about it has to change, too.

One thought on “Notes from an Uncomfortable Chair”