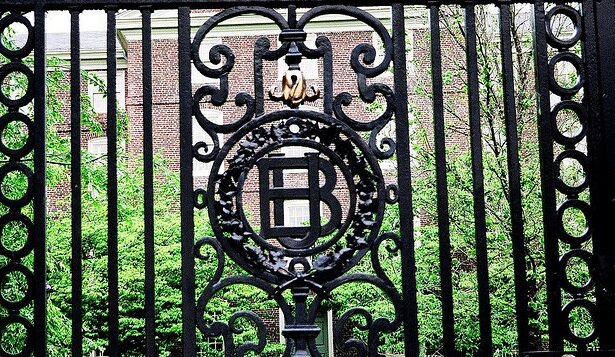 We’ve written a lot lately about aspects of colleges that will have to change over the next few years, like admissions, and technology, and teaching styles. We have talked about some of the economic theories that help explain why this is occurring. We have also talked about some of the forces upholding the old model of higher higher education that has been resistant to change, such as marketing and accreditation (and here).

But what about the very core of your college: the campus?

A decade ago, colleges and universities were in a full-on building boom, creating dormitories and recreation centers to satisfy the newest generation of self-involved college student. The Internet boom made a lot of people wealthy, and that led to a golden age in college giving. Much of the money was directed to individual buildings that captured the imagination of the donors. But now, students aren’t influenced the way they once were by fancy new dormitories. Moreover, the students of the future are much more likely to take classes from several different institutions. On average, the students will be older, and may have other complications, like full-time jobs or families, that will make them see a college campus as immaterial to their needs.

In light of that, the majority of colleges and universities need to put a great deal of thinking into how to make their campuses more relevant to students. Some universities, such as the University of Colorado, are following the learning communities model followed most famously by the Ivy Leagues schools. More universities need to think of integrating student living with learning.

The residential institution will not necessarily disappear because the old model of living and learning on campus won’t disappear. Most 18-year-olds need the discipline, encouragement and support of professors or graduate assistants.  Unfortunately, the costs at these institutions will be prohibitive to most students, so this experience will likely fall to the more affluent.

Residential colleges and universities will have a market if they add value to the residential experience.  Residential colleges will need to formally recognize the skills and knowledge gained through the out-of-class experiences.  These skills include leadership, teamwork, public speaking, management and so forth.

We can imagine a “hybrid residential college” where most of the courses are online offerings from the nations’ greatest universities or instructors, but at each college, mentors of advisors work with the students to insure that they have a rich out-of-class experience, and that the learning continues in all kinds of creative ways after the lecture is over.

Along with rethinking student living space, colleges should also reconfigure learning spaces, using modular rooms and furniture to emphasize an openness to interdisciplinary study. Colleges should have meeting rooms of many different sizes, from 2 to 200, acknowledging that learning takes place in all kinds of groups.
Overall, universities need to be much more realistic about the way they view their campuses. Some have more space than they can use, and should consider selling some property or partnering with community groups or other colleges to make sure the space is gainfully used. The campus master plan — at most institutions, a 10-year planning document — should be subject to constant updating and change. Some universities are better at this than others.

But even within the most important parts of campus, colleges need to be aware of the statement they are making with their buildings. They should continue the commitment they have shown in recent years to sustainability, whether it takes the form of green roofs, composting toilets, or recycled building materials. The way that colleges use their buildings is watched closely by their idealistic students, and a commitment to reducing energy costs allows the college to make a visible and lasting commitment to ethics and integrity that will likely make much more of an impression than anything a professor or president ever says. With students spending less time on campuses, those limited chances to make an impression are more important than ever.

2 thoughts on “Is a Campus a College when Everyone Studies Online?”