When Will For-Profit Colleges Ever Shape Up?

by Martin Van Der Werf on July 23, 2012 in Future of Higher Education with 1 Comment 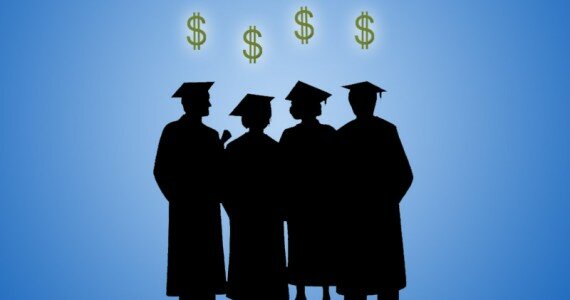 The advance of MOOCs into mainstream higher education has a lot of people wondering if giving away content for free will be the death of traditional higher ed. But the increasing popularity of online courses got me thinking about another troubled part of higher education: for-profit universities, the players that popularized the online course in the first place.

The for-profit universities have fought staggering odds to make important inroads against the higher ed establishment. The pioneer, the University of Phoenix, proved that there was a sizable population of adult students hungry for its brand of night and weekend classes in rented buildings. It was ignored by traditional universities and colleges, which were convinced it was little more than a fad. With the rise of the Web, Phoenix and its for-profit brethren took advantage of the growing technology, drawing students to online classes. Traditional higher ed shrugged, arguing that only face-to-face education was valuable, and shunning all substitutes.

As more students saw value in the new online learning, and demanded online classes from the establishment, some begrudgingly began to offer them.

The for profit universities now command as much as 13 percent of the market share. Ten years ago, that proportion was closer to 3 percent. The higher ed establishment should probably be giving credit where credit is due — the innovative teaching styles, class offerings, and methods of reaching students of the for-profits have redefined higher education. Instead, the for-profit universities continue to get no respect. And that is because the entire industry is tarred by its bad actors, colleges that see an opportunity to make a quick buck, all too often at the expense of taxpayers.

To wit, Virginia College, which raked in $293 million in federal loans in one year, is being sued by former students who say some were steered into programs that were more costly than what they needed and then they ended up with worthless degrees. The National Bureau of Economics released a paper saying there is no monetary advantage to gaining a certificate or degree from a for-profit college. Ashford University, with some 90,000 students, is at risk of losing its accreditation, primarily for not spending enough on instruction but plowing resources into getting new students. Federal student loans make up 85 percent of its revenues. Studies show that for-profit college students are the most likely to end up in debt. A marketing company for for-profit colleges paid a $2.5 million fine to settle allegations that it deceived veterans into thinking that certain for-profit colleges were the only places they could use their educational benefits. These are headlines from just so far in 2012. The parade of stories featuring unscrupulous money-grubbing for-profit colleges and associated companies is never ending.

One wonders after a while why the more status-conscious more respectable for-profit colleges never do anything about it.

The for-profit universities have proven that they are going to be around for the long haul, that they have a rightful place in the diversity of college options available to Americans. So they have several options for solidifying their place in that world. They can go on chasing taxpayer guaranteed loans and GI bill money, and getting roasted at the national spit on regular occasion like some kind of payday loan provider.

Or they could try something completely different and long-lasting: a code of conduct and policing of the actions of all.

The industry will never be able to discover all the malicious providers before they steal another wallet. But it would certainly make a difference in the public’s eye — and that of the rest of higher education — if it at least looked like it was trying.